If you observe in the East, in spite of widely different theories and explanations – Buddhists, Jains, Hindus, Sikhs, atheists – all have practised yoga alike. And why is this? Why does a single thread remain that runs through all of these different pearls? Because it is the nature of a technology that all that is necessary is to be able to put it to practical and systematic use. This is the case with outer technologies and that is why our modern technology has come to have such enormous influence in the world. But the same is true when it comes to internal technologies for the exploration of consciousness. ~ Shri Amir Mourad 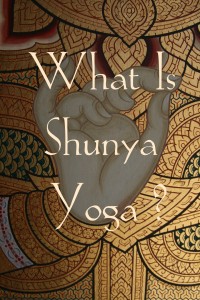 Human well-being depends less on external situations and more on how the mind is responding to the activities of life. When there is lack of insight into one’s own being, what is its mechanism and programming, suffering is a natural result. One experiences that no matter how many desires one may fulfill in the world, happiness and freedom are not enduring. One attachment becomes a seed for a million attachments, and out of fear the wheel of suffering continues. With all of one’s attention focused on the external world, in the process the human being becomes forgetful of one’s real nature. It is this identification of the mind with that which is false which is what we call egotism. The science of yoga involves a breaking through of this limited shell of egotism and opening the mind to a vast cosmos beyond. Yoga, as a process, is none other than a process of self-remembrance. As a technology, it is a method for overcoming obstacles to human well-being and freedom. As a way of being, it is being anchored in your real nature, the changeless truth of your own being, and the wisdom that comes through such communion. Timeless and boundless, beyond birth and death, it is this merging in human consciousness of the finite with the infinite which is one of the great breakthroughs of Yoga (“Union”), known for centuries among various sages and yogis as mukti (liberation).

This is the understanding of yoga – that it is because of avidya (ignorance) that all of of man’s sufferings in the world are born. The human being is himself the maker of his own suffering. Although the paths to freedom are many, the only remedy for this is one and one alone : the movement from unconsciousness to consciousness. How is this possible ? Not through stretching the body, but through stretching human perception and deepening one’s attention. The beauty of the medicine of consciousness is that consciousness is not something fixed and defined, the entire evolution of life from one state of growth to another, from one level of consciousness to another, is already proof of this fact.

Shunya Yoga is an effort towards this unfolding of human well-being and self-knowledge. Through a combination of asanas (postures), pranayam (breath control), mudras (seals), and bandhas (locks), one prepares the human system for the inner journey of meditation. The entire object of meditation is to answer the question of “Who are You ?”, not through intellectual learning, but direct seeing. In meditation the practitioner experiences several degrees of mental purification, opening the mind to the light of its own true nature through bringing the mind to a stillness. After a glimpse into one’s inner nature (nirvikalpa samadhi), the second half of Shunya Yoga is to bring this enlightenment into action in the world. In the rhythm of life itself, moment to moment, there remains a stream of pure consciousness running beneath all action, consciousness which is not entangled in the experience of mind, body, or five senses. Joyful, tranquil, and without attachment – this is the condition of sahaja samadhi (spontaneous enlightenment).